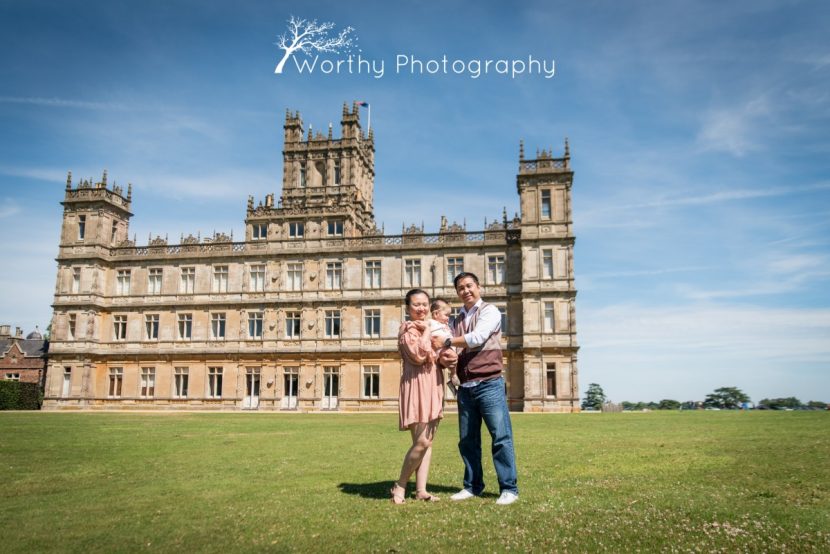 We were delighted to be asked to do a Highclere Castle Family Photoshoot for baby Athena and her parents recently. Avid readers of this blog will remember that James photographed Athena’s baptism earlier this year, and mum and dad decided it would be lovely to have a summer shoot to celebrate Athena’s birthday.

They selected Highclere Castle for their shoot venue, famed for being the location that Downton Abbey was filmed at. We love a good stately home, and there is none better than Downton, sorry, Highclere Castle. Just 30 minutes up the A34 from Winchester, it’s a great place!

Highclere Castle is a country house in the Jacobethan style by the architect Charles Barry, with a park designed by Capability Brown.

We arrived fairly early to Highclere and parked up. James managed to get some great photographs of the family in front of the house before the crowds arrived. It seems Highclere is very well frequented by American tourists given the popularity of Downton Abbey in the States.

Athena, mum and dad wandered the grounds of Highclere, had a ‘tea party’ by the wild flowers, strolled through the walled gardens and sat in the shade under the big tree. All in all, a really fun shoot. 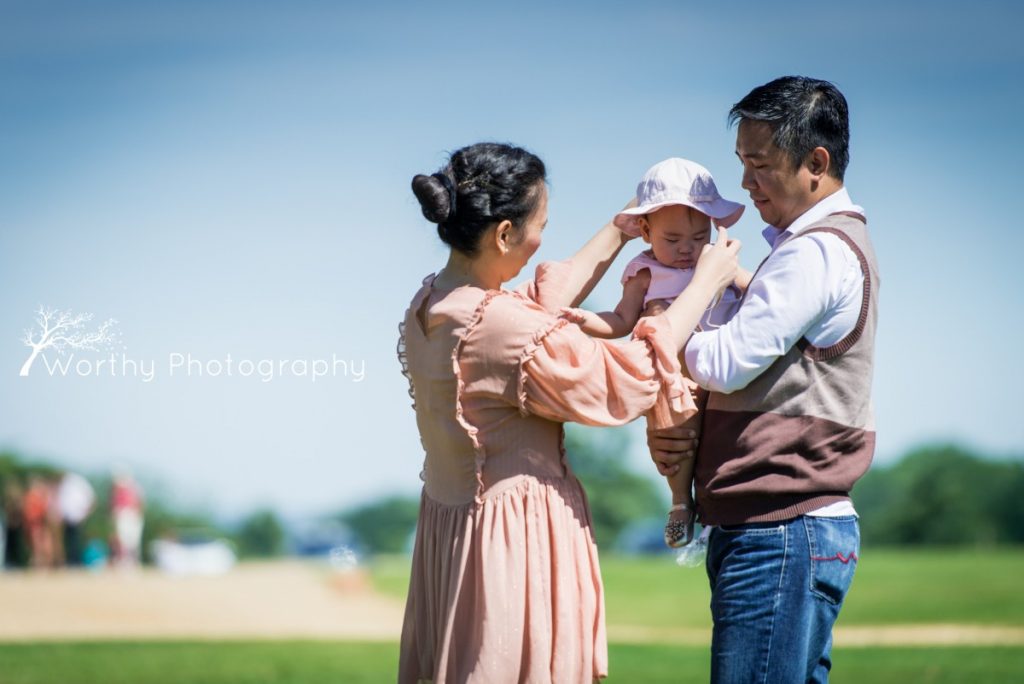 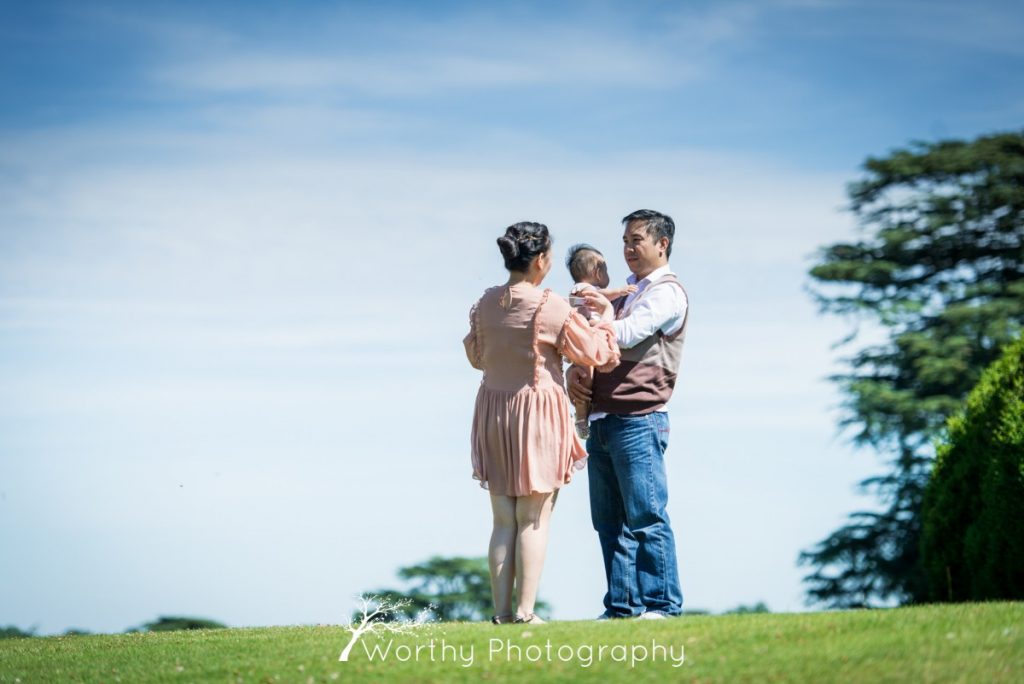 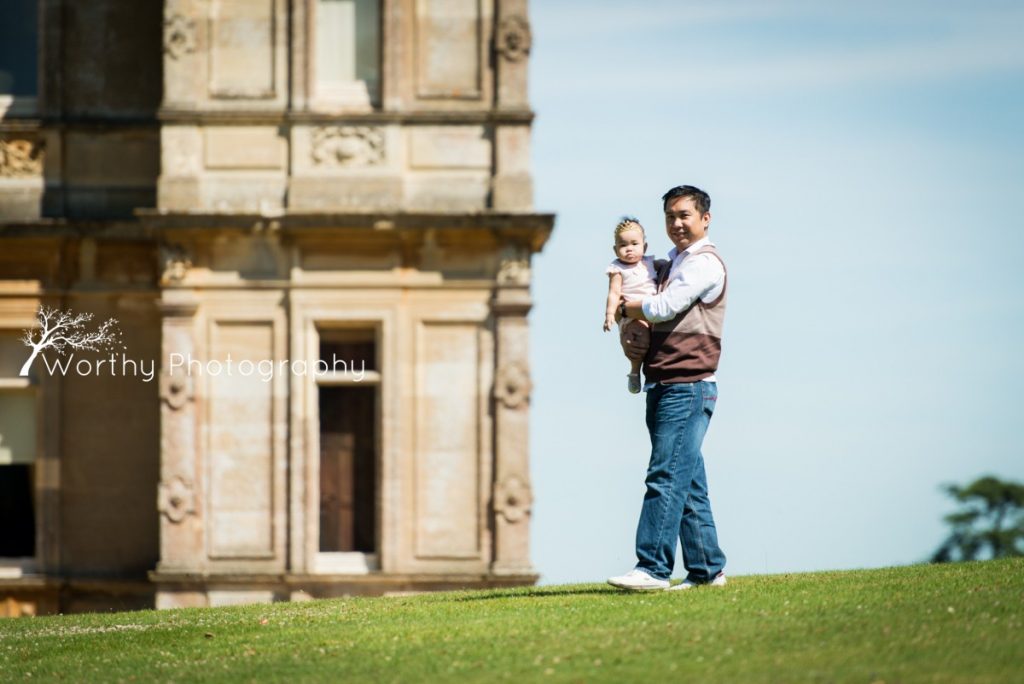 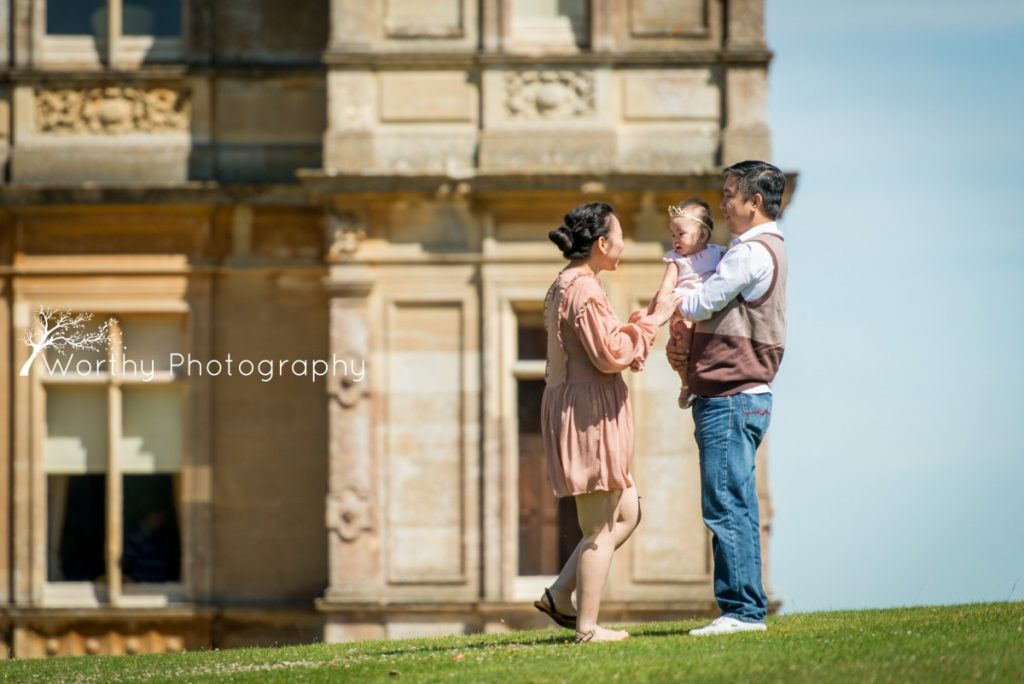 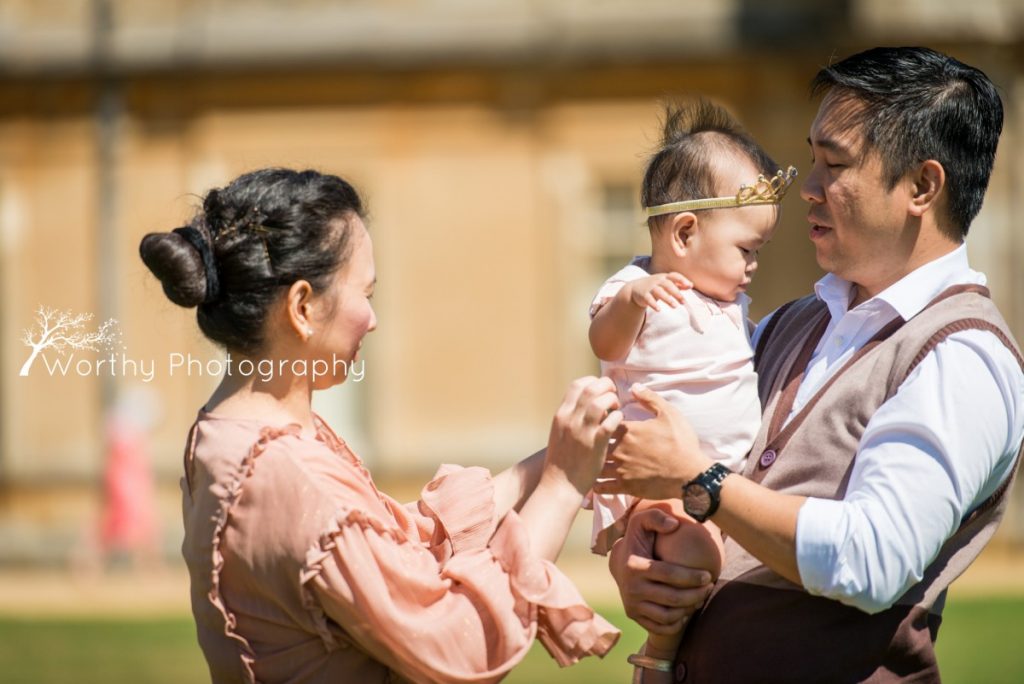 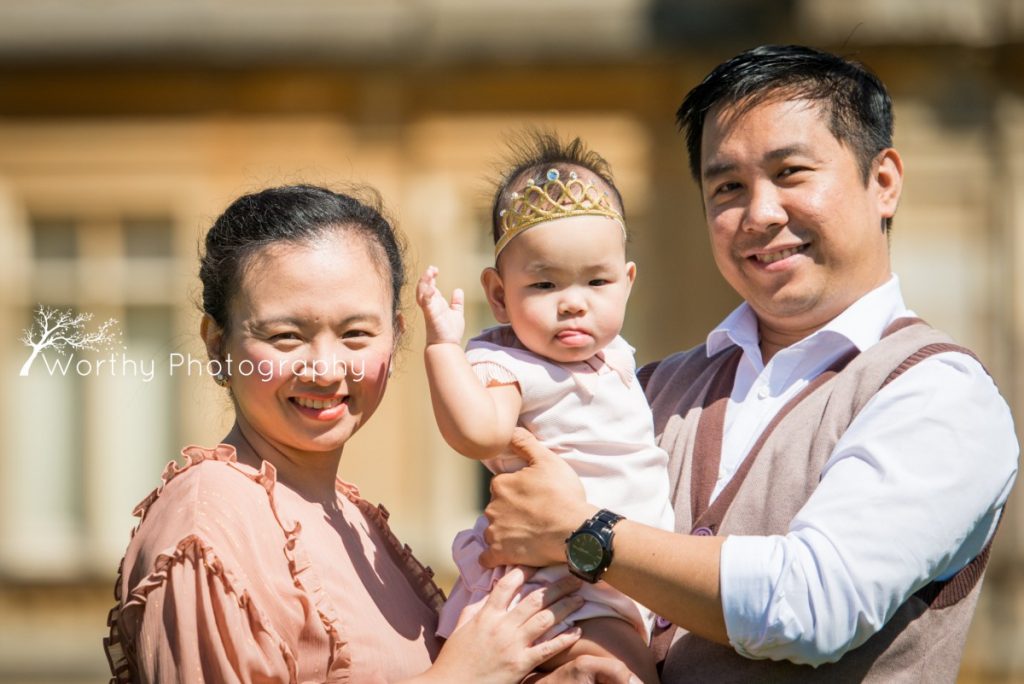 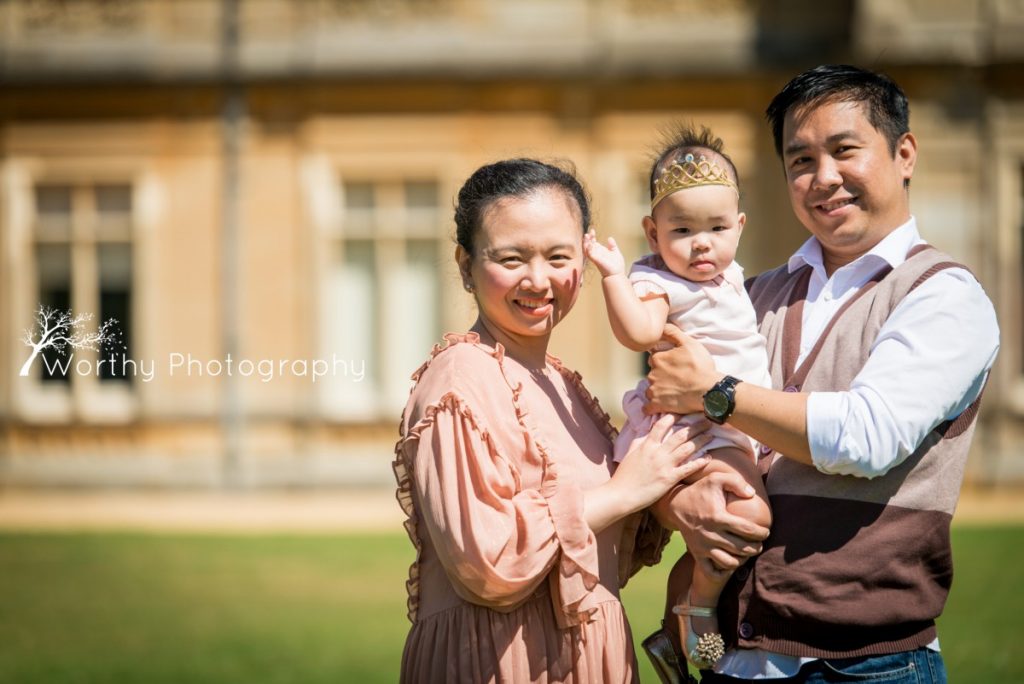 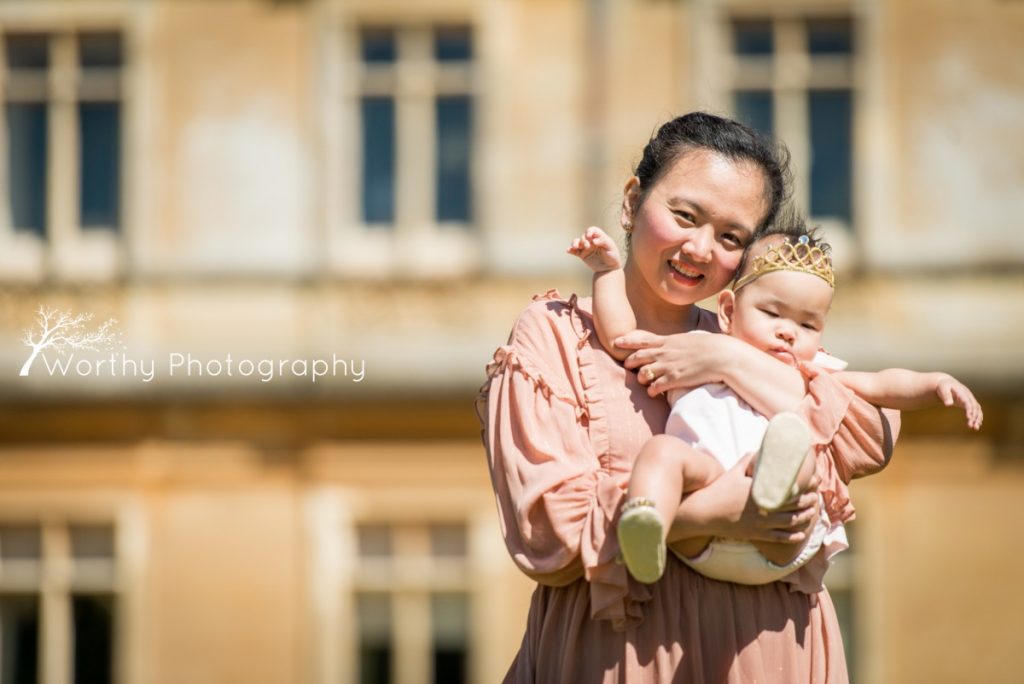 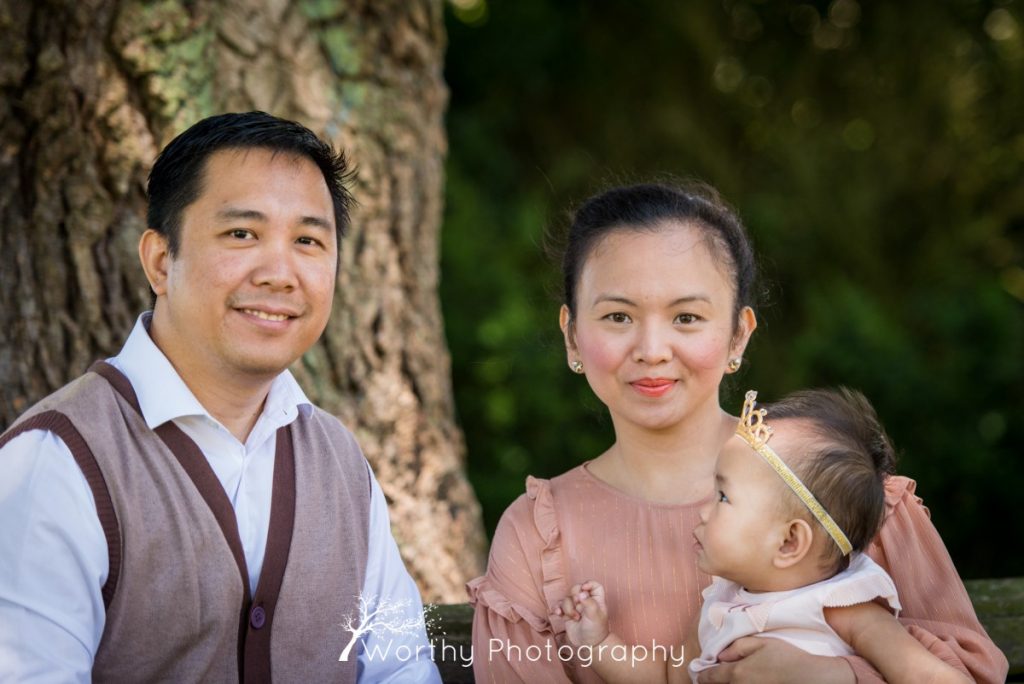 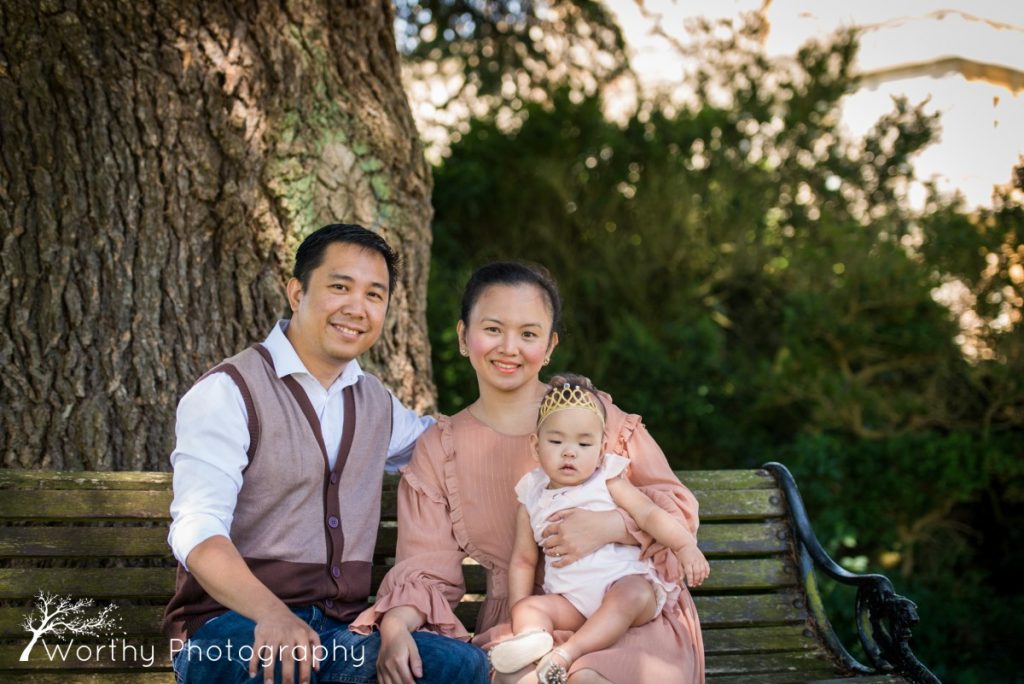 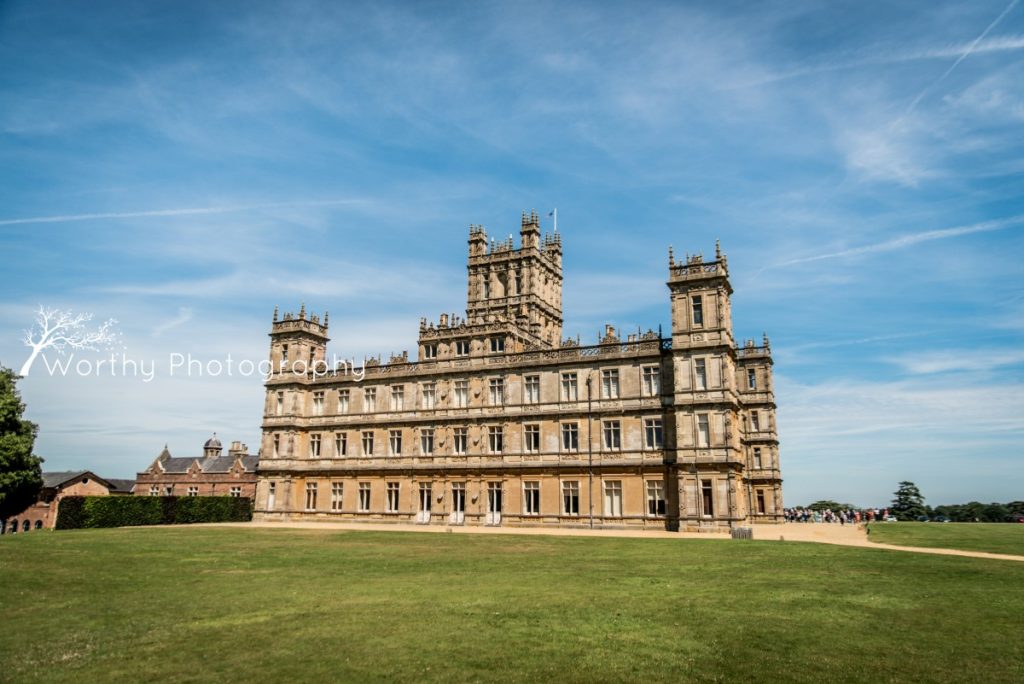 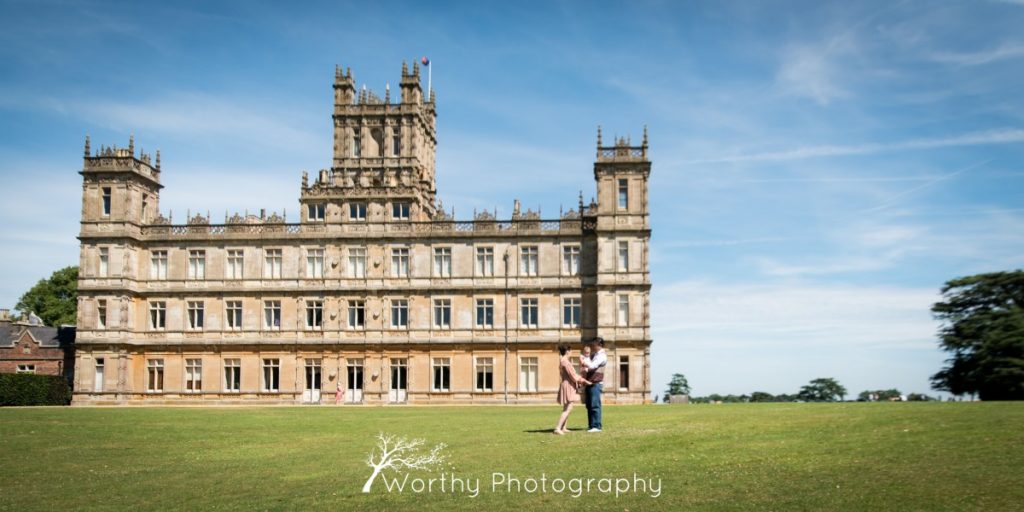 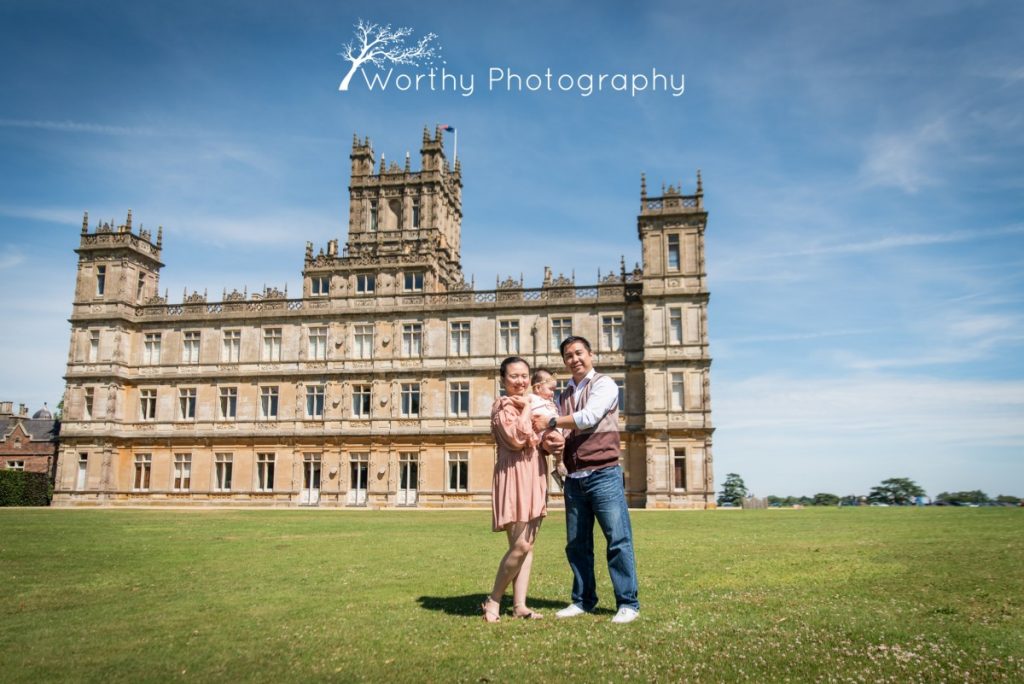