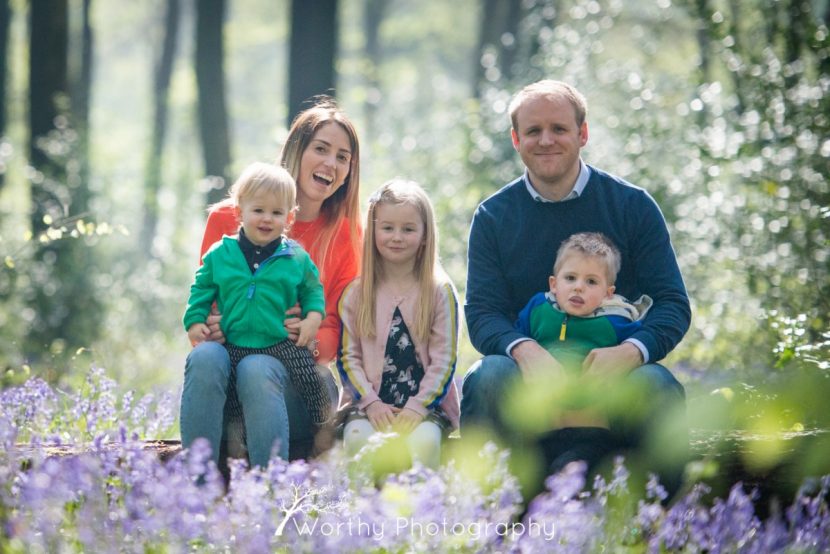 On Sunday morning I met Helen and her family at Micheldever Woods. We’d arranged our shoot a few months ago to set a date for a Bluebell family photoshoot. Bluebells tend to be out around the 3rd week of April onwards. So we were very pleased to see that they were all out and looking fabulous!

I had done an in-home shoot with Helen and her three lovely children last year, shortly after the birth of their youngest son. That had been a cold, dreary February day. It was so nice to see them again, and to also have the chance to run around outside with Adeline and Rex, the two eldest (6 and 4).

We walked through the woods until we hit the bluebells. They were looking amazing!

We had a good play in the little paths around the bluebells, trying not to step on too many bluebells themselves of course! We went on a hunt for ‘Amy’s Log’, which we found. I remembered this log from previous years and knew it was a fantastic location for a group photo.

I love bluebells and taking pictures in them. The flowers create such a lovely carpet of soft colour which creates brilliant foreground and background in the pictures. I also really enjoyed playing around with shooting into the sun, and also shooting away from the sun. It creates such a different light to shoot into the sun. Those pictures have a serene, misty lit quality to them that I rather liked!

It was lovely and quiet when we first arrived and we had the bluebells to ourselves. By the end of the shoot , more families had had the same idea to come out, and it was full in the carpark by the time we returned.

Don’t miss out on the bluebells – head down to see them soon, they’ll be gone in three weeks! 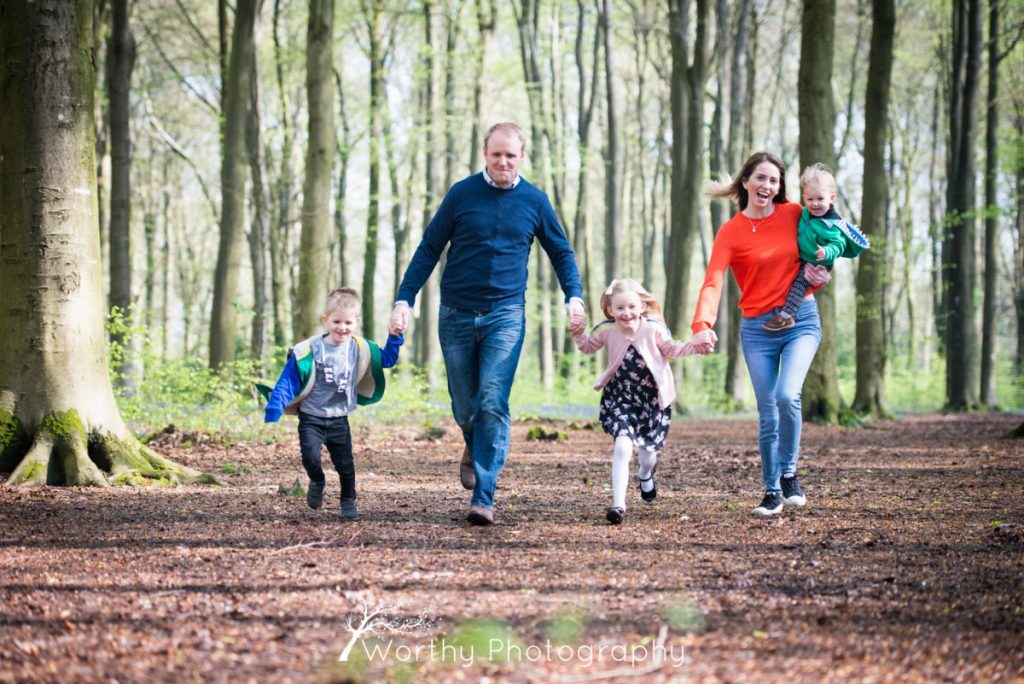 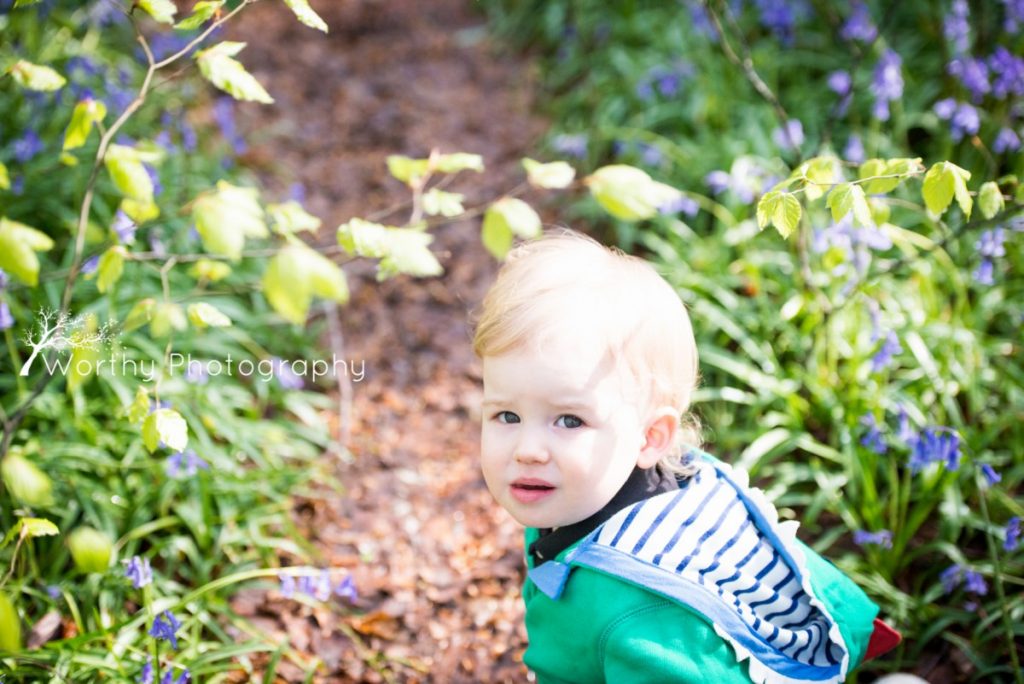 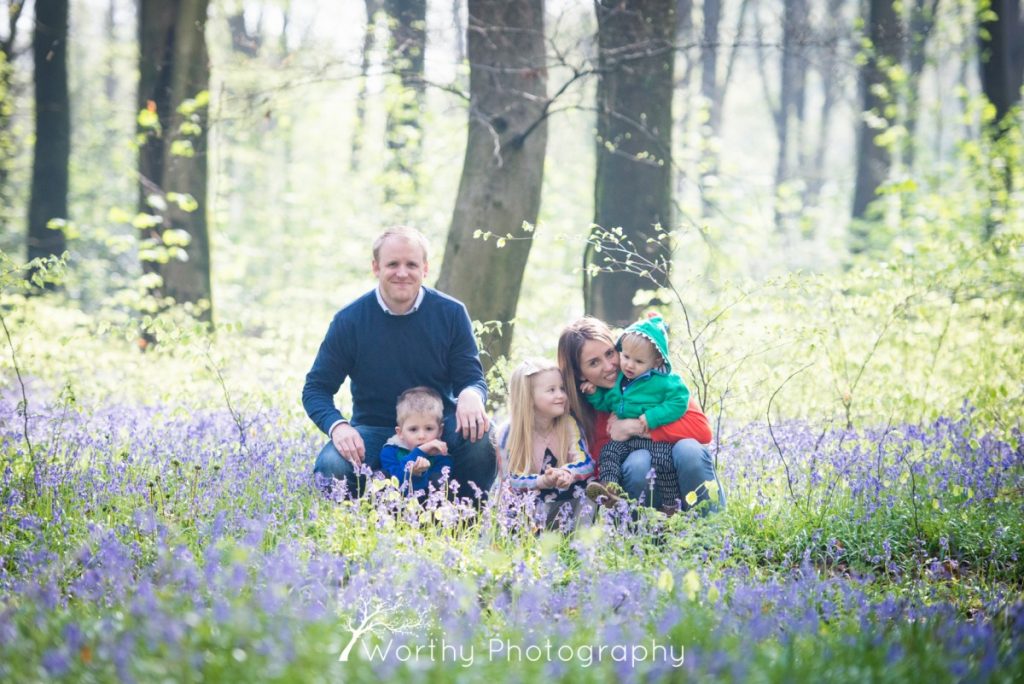 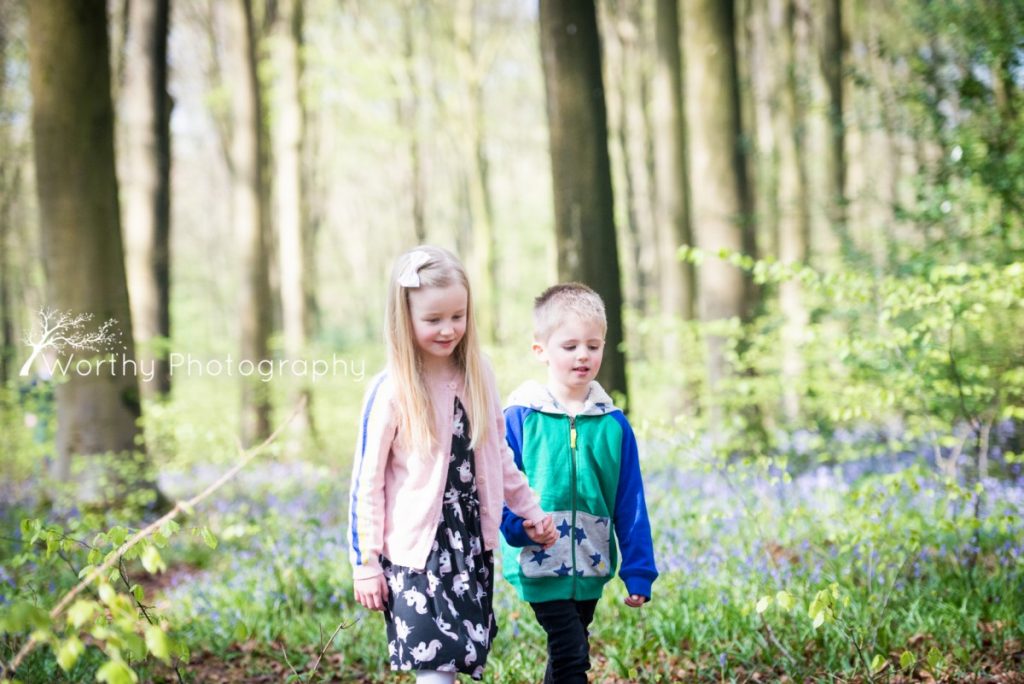 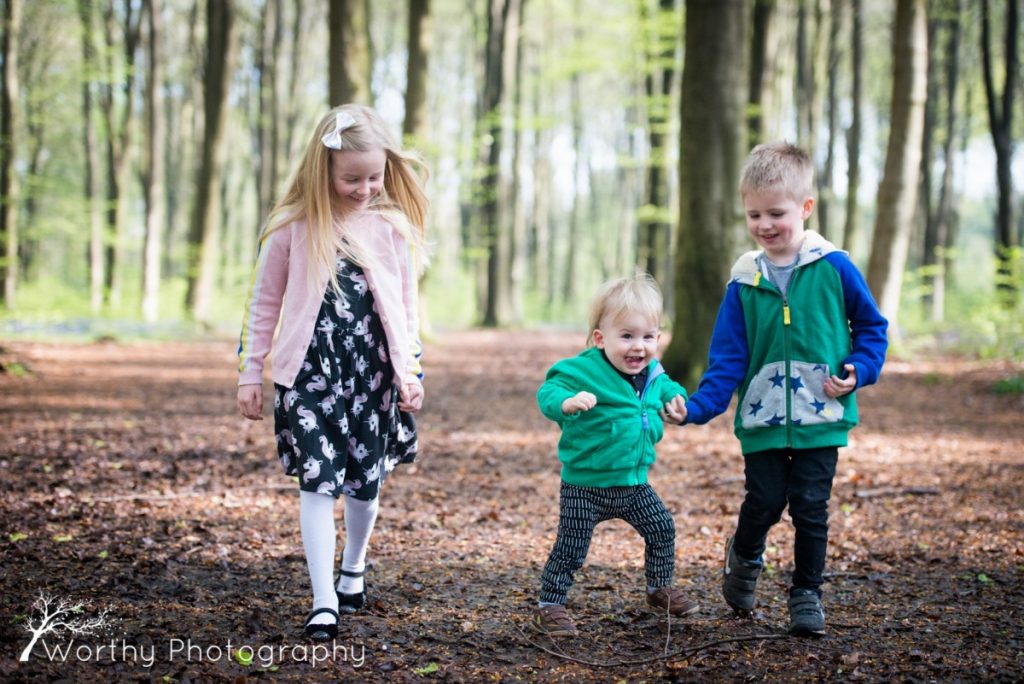 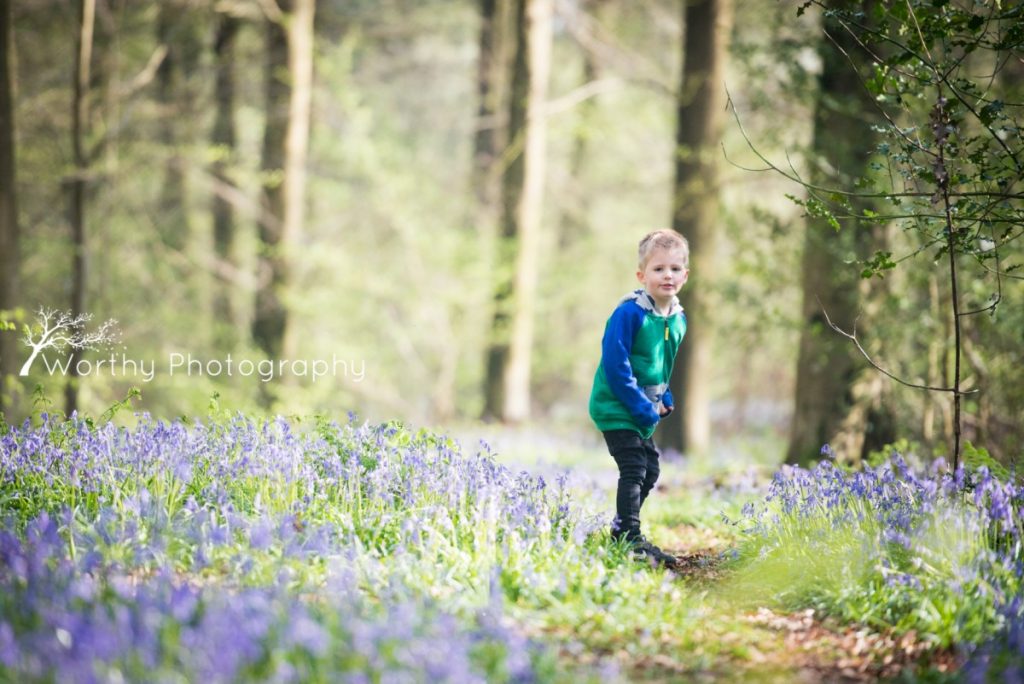 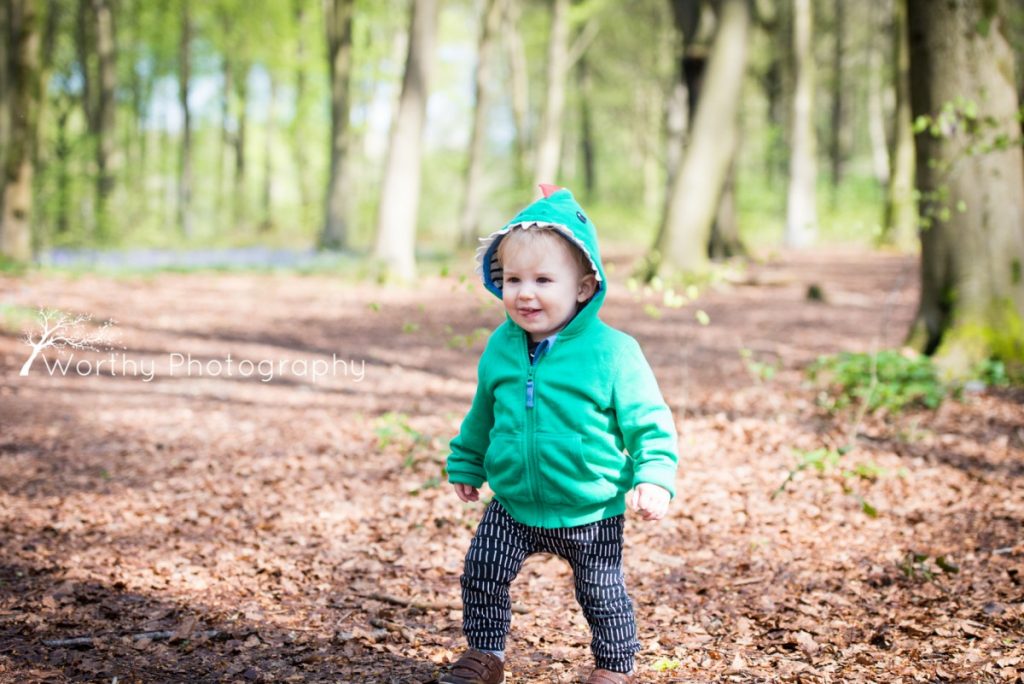 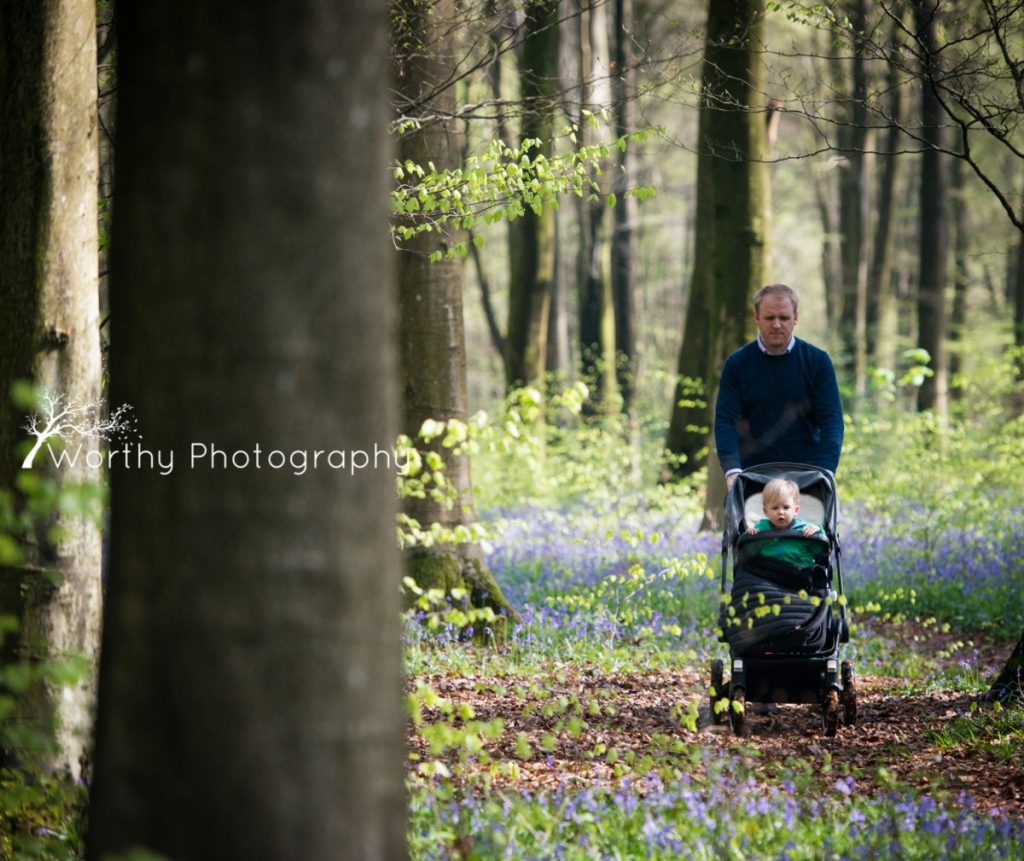 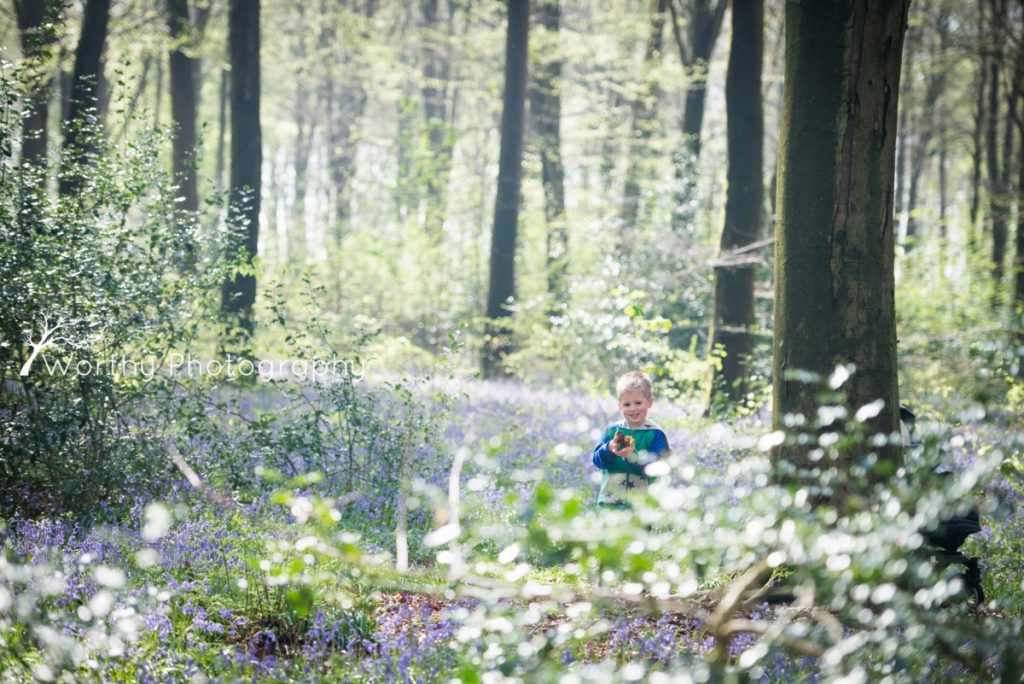 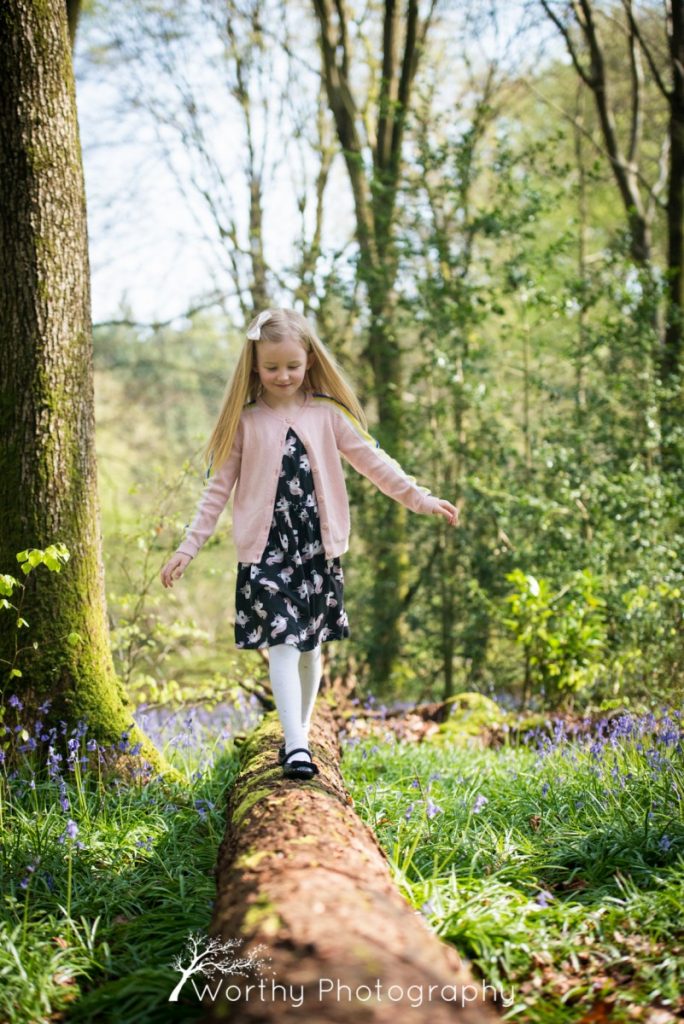 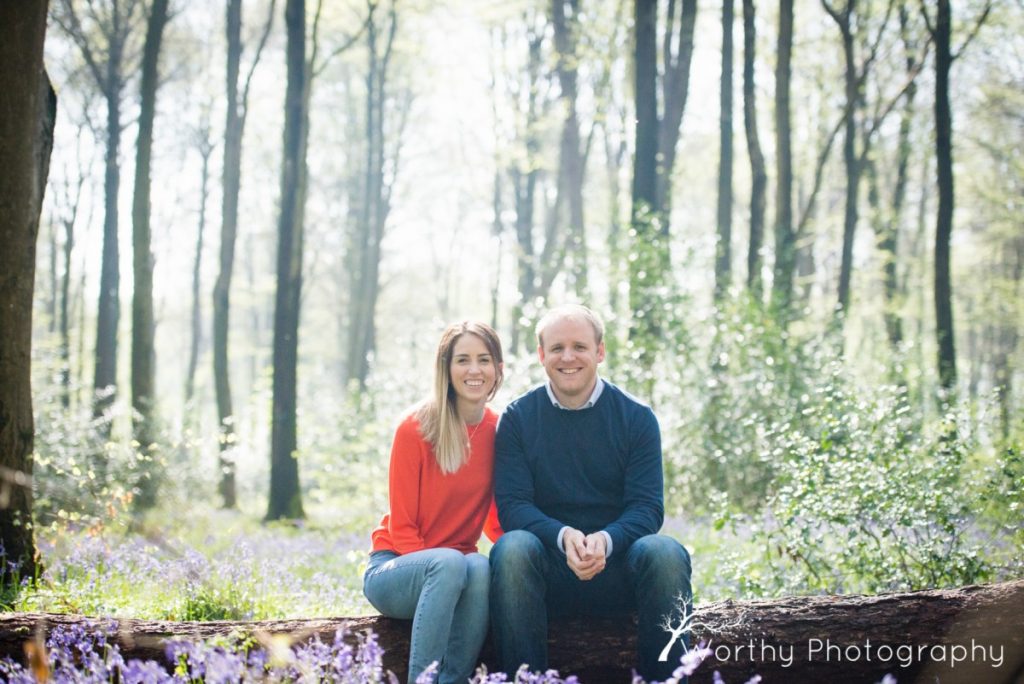 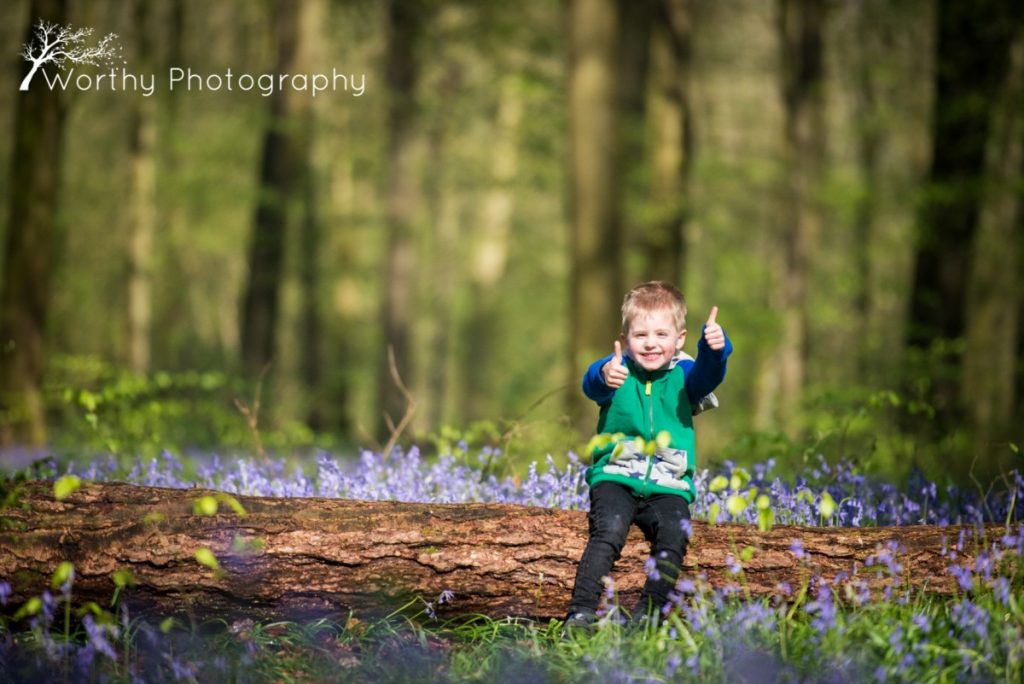 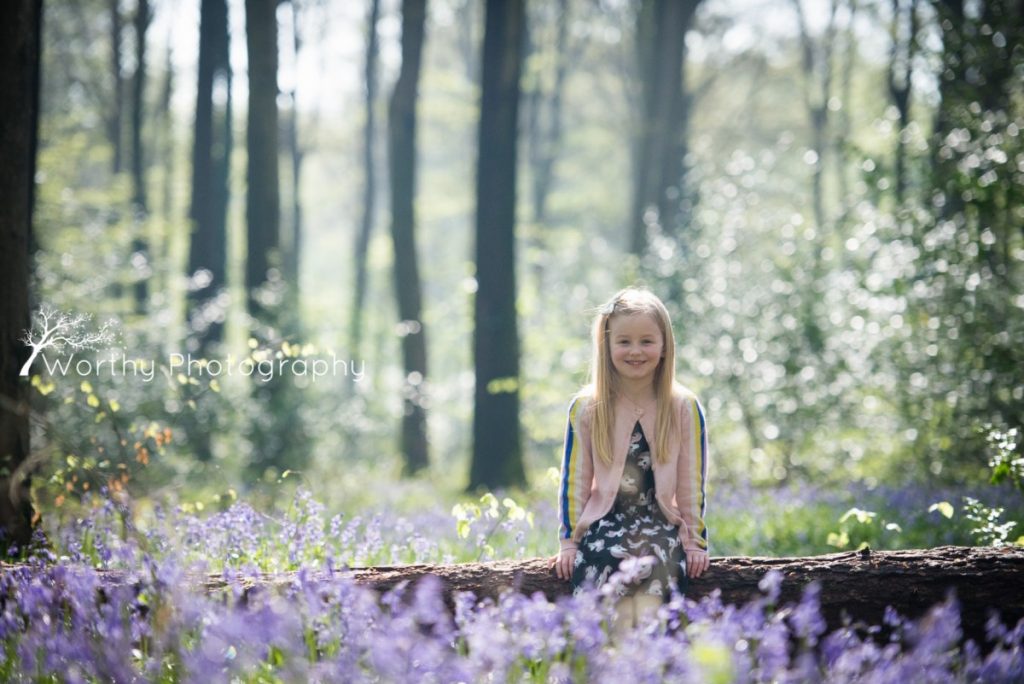 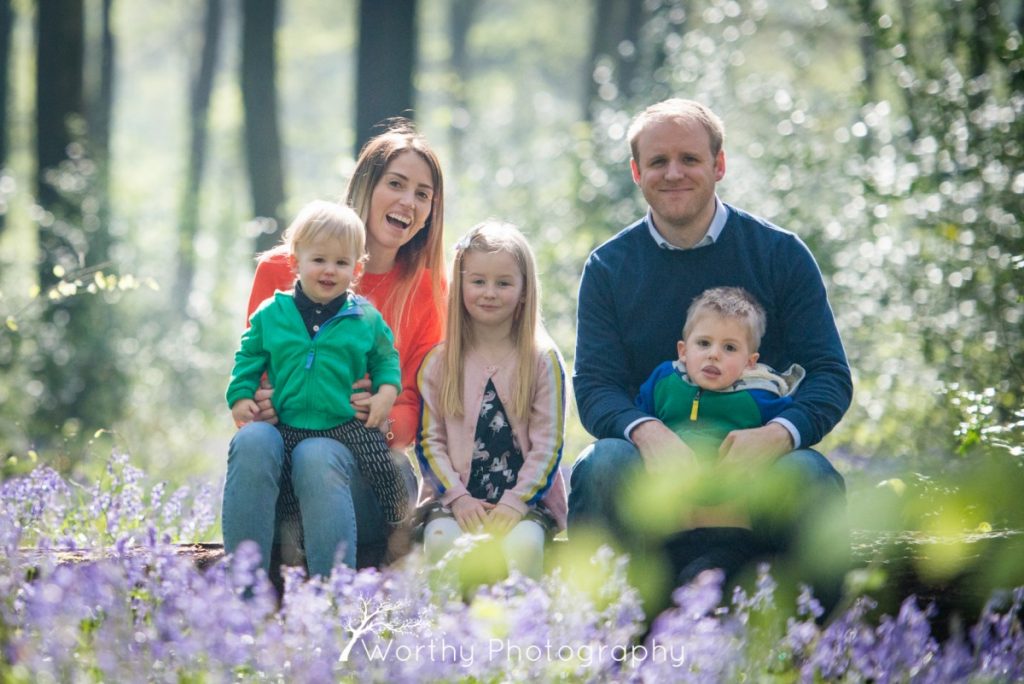